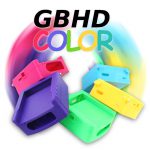 Less than a year after announcing and releasing their first consolizer project, the VGA-based DMG-Consolizer, Gamebox Systems just revealed their second entry into their Gameboy consolization line of products: The GBHD Color Consolizer. As the name implies, the GBHD Color Consolizer aims at turning the original DMG’s successor, the Gameboy Color aka MGB, into a […] 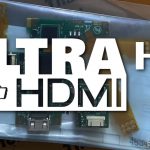 It’s not easy being a Nintendo 64 fan. The N64 is a hodgepodge of baffling and eclectic decisions made in the early days of 3D gaming, but just about everyone I know that spent time with one—myself included—fondly remembers the incredible single and multi-player experiences that it provided. Whether it was the comedy of a “slappers […] 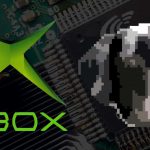 Dan Kunz, a.k.a. Citrus3000psi, has had a big week; a new batch of GC Loaders sold out, the final run of WiiDual boards are set to be shipped soon, and the PS1Digital is getting a lot of deserved positive press. With all that’s going on at Black Dog Tech, I assumed that we wouldn’t see any new […]

On April 1st 2020, Dan “citrus3000psi” Kunz tweeted some updates on the PS1Digital (nee, PS1HDMI) project. The PS1Digital, like the DCDigital, is a hardware modification that adds HDMI ports to compatible consoles by tapping in to the digital video and audio signals on their respective motherboards. While high-quality analog video signals can look excellent on […]

In a story that blends next-gen and retro gaming, Microsoft has confirmed more details regarding the future of its backwards compatibility efforts with Xbox Series X. For a feature produced by the team at Digital Foundry, Microsoft demonstrated an OG Xbox title running at sixteen times its original rendering resolution with HDR output on its new […]

Capture Card Testing with the OSSC and MiSTer

Recently, SmokeMonster published an article detailing how to achieve 5x and 6x mode with MiSTer, and with the use of a Datapath Vision E1/E1S Capture Card, being able to record or stream lagless gameplay. But with the fact it’s aging hardware and the Amazon price is roughly $880, I wanted to look for other options. […]

I have been on a quest to improve my MiSTer video capture setup for 2020, with the goal of improving my channel’s videos and streams. Few people might realize this, but MiSTer supports resolutions far beyond its default video modes. It supports any resolution between 240p to 1440p in a console’s native 60/50hz timing, by […]

GameCube HDMI Adapter 20% Off on Amazon

Amazon is running a special code offer to get 20% off the GCHD Mk-2 from EON.  This is the revised HDMI adapter for the Nintendo GameCube which Citrus3000PSI aided in.  This special code to get 20% off is running in conjunction with the GOML2019 tournament which among other things is showcasing both the adapter and […]

OSSC creator Markus is now working on another digital-to-digital HDMI project!  This time, he’s created an adapter board that will allow you to install one of the existing CPSHDMI boards (currently compatible with CPS2 and CPS3) into a CPS1.  This, combined with the upcoming CPS1Multi from Darksoft will make this amazing arcade platform easier for […]