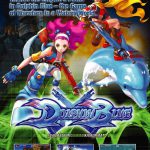 I reported recently about Megavolt85’s native 1:1 Atomiswave arcade-to-Dreamcast ports, and I posted a video on the topic. Since then, more Atomiswave games have been ported over. Bob maintains a list of the ports here. Dolphin Blue, the Metal Slug inspired “dolphin ’em up” was at the top of everyone’s list, and it was ported […] 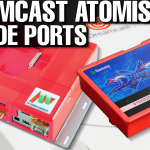 In my latest video, I cover the technical aspects of porting Atomiswave arcade games to the Dreamcast. I cover the similarities between the two systems and what games we might look forward to. Watch it here: https://www.youtube.com/watch?v=77L4KuNpL78   Sega Dreamcast Console (Renewed)  (98) $139.99 Contains: Gray Dreamcast unit, modem, controller, power cable, and stereo a/v […] 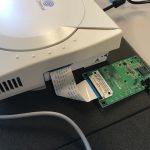 A brand new Broadband Adapter (BBA) kit for the SEGA Dreamcast was recently shown and released on the Dreamcast-Talk forums.  Xrider the maker of the conversion kit.  Showed off the process of assembling the kit as well as going over the requirements for doing the kit conversion.  Assembly, soldering, and tracking down of parts is […]

The Atomiswave arcade platform is seen by many as a spiritual successor to the Neo Geo MVS, being a collaboration between Sammy, SNK, and Sega. Interestingly, it was very similar to the Dreamcast hardware, even more so than the Sega Naomi. Unlike Naomi though, Atomiswave has been largely overlooked due to its rarity and relative […]