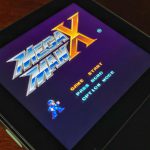 Earlier this week, Sergey Dvodnenko‘s Super Nintendo FPGA core was ported to the Analogue Pocket by Adam Gastineau. As you might assume from its v0.1.0 designation, the port is far from being finished but is also surprisingly feature rich for such an early release. In addition to all the basic cartridge games, users can currently run […]