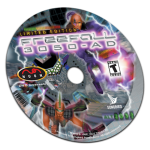 Pre-orders have just opened up for the Songbird Productions re-release of Freefall 3050 AD for the NUON. Originally released in 2000 for the DVD-based system, the game is known for it’s unique style of gameplay and thumping techno soundtrack. Songbird re-released Iron Soldier 3 for the NUON last year, but has changed it up this […]