Comparing Lag and Ghosting for Every GBA handheld 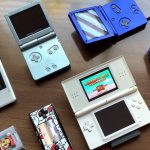 YouTuber SirSethery recently posted a video demonstrating the differences between playing GBA games on all official Nintendo handheld consoles.  As with all analysis (including my own!), I’d like to see these tests repeated by other members of the community before we call this “fact”…but Seth found some very interesting performance differences between the handhelds!  Definitely […]