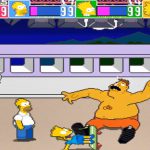 Arcade1Up has just announced they’ll be opening pre-orders for their version of The Simpson’s arcade machine on August 16th.  No price has been officially announced, but it’s expected to sell for the same price as its other larger-sized cabinets $650.  This is a larger cabinet then their standard 2-player cabs, but still not a 1:1 […]