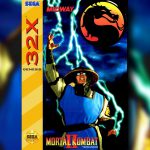 Developer Master Linkuei, along with BillyTimeGames and YoSoyNach0 have just released an “arcade edition” romhack of Mortal Kombat II for the Sega 32x.  This should be playable on real hardware via ROM carts and MiSTer users can simply rename the rom to .32x for use on the FPGA platform.  There’s also a MSU-MD release which includes […]