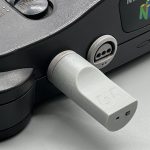 8BitMods has just opened pre-orders on a bluetooth controller adapter for the Nintendo 64.  This is powered by Darthcloud’s low-latency blueretro platform and supports multiple controller types.  There’s also a built-in virtual memory pak that allows you to back up your saves via a web interface that also has controller configuration options.  The price is […] 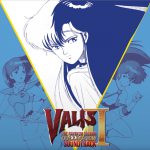 Limited Run Games has launched an open pre-order for the Valis II vinyl soundtrack. It’s priced at $59.99 for 3LP and expected to ship about 9 months after the pre-orders close. Limited Run Games: https://limitedrungames.com/collections/valis-ii/products/valis-ii-2lp-vinyl-soundtrack Open pre-order will be active until October 16th, after which the production starts. No matter how many people order during […]