A Prototype For Sonic 1 Has Finally Been Released

On December 31st, 2020, HIdden Palace streamed on Twitch an unreleased prototype of the original Sonic the Hedgehog from before the game was set to release.  It has a bunch of differences in both level design and graphics, most notable being some of the backgrounds in zones like Marble Zone (shown on the left), and […] 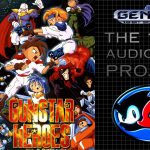 I recently came across something called The 16-Bit Audiophile Project, which is dedicated to archiving and preserving game soundtracks in the highest quality possible.  Through the use of professional recording equipment, they’re able to get high resolution, extremely accurate recordings straight from the original hardware. They post their own releases, but also allow for community […] 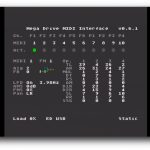 Robert Hargreaves has just finished implementing the Mega MIDI Interface for the Mega EverDrive X7 and X7 Pro models of krikzz’ designed flash carts for the SEGA Genesis/Mega Drive.  This is a tool that allows composers to use krikzz’s cart for music creation in addition to its gaming capabilities.  Providing a solution similar to the […] 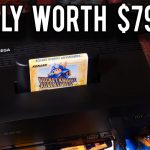 Modern Vintage Gamer recently received the beta test SEGA Genesis / Mega Drive module for the Polymega, and as such put out a video running it through its paces.  In his review he showcased the current capabilities of the Genesis module and what potential users could expect from the Polymega in its current iteration.  MVG […]

A new homebrew fighting game was recently revealed on the Sega-16 forums. The game, which currently goes by the name of Insane Pain, was inspired by Mortal Kombat with a pre-rendered look similar to Killer Instinct.  Similar to the latter, the graphics are 3D models created in Blender which are then converted to 2D sprites […]

A prototype of an unreleased Sega Genesis Star Wars game was recently made available to the public thanks to the combined efforts of Hidden Palace and the Cutting Room Floor. Based on the 1992 Super Nintendo/Famicom game Super Star Wars, the unnamed Genesis game was being developed by Sega Interactive, an in-house studio responsible […]

Thanks to the MD+ format that debuted on Terraonion’s Mega SD flash cart, there have been a few Genesis & Mega Drive games over the last few months that have received CD audio quality tracks. Recently, Terranonion asked the gaming community what games they would like to see patched for the Mega SD. Games such […]

Mega Man: The Wily Wars will Finally get its U.S. Release on the Sega Genesis

Over two decades after its releases in Japan and Europe, the Genesis version of Mega Man: The Wily Wars will finally see a physical release in North America courtesy of Retro-Bit.  The game, which is a compilation of the first three NES Mega Man games souped up with 16-bit graphics, only saw a limited software […]

A company named Inphonic is releasing a virtual synth named the RYM2612 Iconic FM Synthesizer.  This was also reported on musicradar.com by Simon Arblaster, links below.  The RYM2612 is a VST plugin (Virtual Studio Technology) or virtual collection of instruments that is used as an addon for digital audio programs.  The RYM2612 faithfully emulates the […]