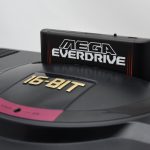 Hardware and rom cart designer Igor Golubovskiy “Kr!Kzz” has just announced that the much anticipated Mega EverDrive Pro is now available for purchase.  This improved “Pro” model SEGA Genesis/Mega Drive cart is due in large part to the necessity of the hardware design and components used.  Some of the microchips used in the making of […]

Brook from BrookAccessory.com has just released an updated firmware for their PS3/PS4 to Mega Drive/PC Engine Super Converter Adding the much needed 6 button controller support for the PCE and SuperGrafx. A demo video of the new firmware is below and it’s available from their download section at: https://www.brookaccessory.com/download/

In an update provided by developer Lizardcube, the upcoming Streets of Rage 4 is sporting a few new notable features since the prior update from last year.   The first announcement is a new character named Floyd Iraia, a “bruiser” style character that is oddly reminiscent of Jax from the Mortal Kombat series if he performed […]

A new homebrew fighting game was recently revealed on the Sega-16 forums. The game, which currently goes by the name of Insane Pain, was inspired by Mortal Kombat with a pre-rendered look similar to Killer Instinct.  Similar to the latter, the graphics are 3D models created in Blender which are then converted to 2D sprites […]

The Sega 32X has famously unreliable video quality, with some units exhibiting serious noise. Kevtris posted about this a few times on Discord over the last year, and I asked if he could share his solution. Kev pointed out that the problem is due to the 32X’s switching power supply, which introduces a lot of […]

Thanks to the MD+ format that debuted on Terraonion’s Mega SD flash cart, there have been a few Genesis & Mega Drive games over the last few months that have received CD audio quality tracks. Recently, Terranonion asked the gaming community what games they would like to see patched for the Mega SD. Games such […]

Kevtris announced in My Life in Gaming’s DAC Stream that he has the 32X working with the Analogue Mega Sg. It will require the DAC and a custom mixing cable. 32X hardware support is extremely difficult because of the way its analog video is mixed back to the Genesis. Kev has confirmed that Doom and […]

Terraonion has announced the Mega SD for the Sega Genesis and Mega Drive, the world’s first Sega CD Optical Drive Emulator (ODE), accomplished by means of FPGA emulation of the actual Sega CD hardware. This means that the Sega CD hardware is no longer needed, and CD games can be flashed through the Genesis’ cart […]

The Genesis fight engine is a Brazilian homebrew project creating a new from-scratch fighting game engine for the Sega Genesis (similar to M.U.G.E.N.). It has been chugging along for years, starting with a very rough sketch of the idea, but it has been progressing along nicely, and the new video by Master Martial Arts shows […]

Not long ago, MegaCat Studios announced an interesting sounding “top down rpg shooter” called Lethal Wedding.  At the time, there was little to go on other than a quirky story about a bride and her mother-in-law seeking revenge when a groom is kidnapped. Footage is now available which shows off some of the gameplay and […]