Ys I (In Falcom Classics I) on Saturn Fan Translation Version 0.1 Released! 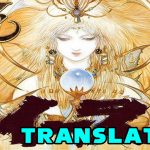 Over on the Sega Xtreme forums, a user by the name of Murzik recently posted about his efforts in translating the version of Ys 1 in the Falcom Classics I Collection on Saturn, eventually releasing a 0.1 alpha patch on 1/20/22:   For those of you unaware, Ys 1 is a bump style RPG (Where […]