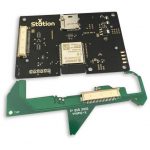 While it’s only been a couple of weeks since the X-station received its latest firmware update, the project’s main developer ramapcsx2  just released yet another newer update that improves, or rather simplifies compatibility and addresses a few bugs. Introduced by Sony in 1998, Libcrypt is extra code stored on quite a few PAL PS disc/games […]