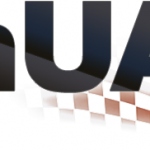 The Amiga Emulator WinUAE has recently released the latest update.  Now available as version 4.4.0.  This new versions brings out a whole host of new features and bug fixes, as well as bringing an overall accuracy to the emulation project.  Making the already attractive WinUAE even better.  Here is the full feature list and bug […]