Why some consoles need a framebuffer on flat-panel TV’s 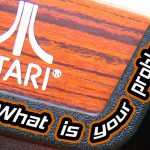 Displaced Gamers has once again released an amazing video describing exactly why some consoles like the Atari 2600 don’t play nicely with flat-panel TV’s.  The question is simple:  Why do some 2600 games, as well as some SNES games not work through the OSSC or RT5x in framelock mode on certain displays and capture cards?  […]