Use a Raspberry Pi to Scale Old Computers??? 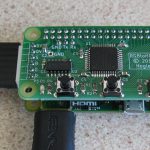 I’ve been following an interesting project that uses a Raspberry Pi Zero to convert RGB from classic consoles into HDMI with only 3ms latency added…which is so low, it can be considered “pretty much zero”.  Unfortunately, this project won’t work with consoles, only older, low resolution PC’s. Using a Raspberry Pi as a scaler has […]