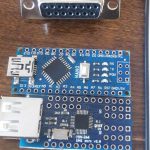 Developer Raph_friend has lately launched a project entitled USB2DB15. It’s essentially an open-source device that aims at converting USB controllers that follow PS3, PS4 & Xbox One protocols, among others, into a DB15-style connector for use with superguns or any Neo Geo console. A group of contributors eventually joined up and assisted in the development […]