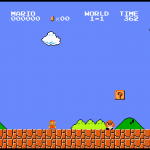 A developer on Reddit going by the handle of Retroenhancer has teased their proof-of-concept emulator that converts NES games to a playable ultra-widescreen format. We have seen projects like this in the past with consoles such as the SNES, Gameboy, and the Sega Saturn. There is a proof-of-concept video that shows off an early demo […]