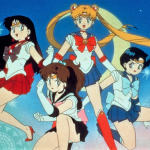 The PC Engine CD game known as Bishoujo Senshi Sailor Moon is now accessible to English speaking audiences thanks to the hard work of a group that goes by the name of Supper. As it is known in English, Pretty Soldier Sailor Moon is a visual novel that was originally released for the PC Engine […]