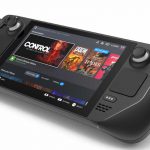 Valve has just recently announced and opened pre-order reservations for their new Steam Deck handheld PC. A handheld PC running a custom AMD APU with 4 cores and 8 threads on the CPU side. On the GUP side it’s based on an AMD RDNA2 architecture with 8 compute units. It also has 3 version you […]