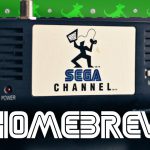 Before Xbox Live, Playstation Network, WiiWare, or even the Satellaview, Sega pioneered downloadable game content in 1994 with Sega Channel: a subscription service that delivered games to a special Genesis cartridge over broadcast cable networks. Subscribers enjoyed a rotating catalogue of first and third party Genesis games during the service’s run, including some titles that would never […]