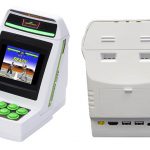 Sega of Japan has just announced another mini emulation console, this time modeled off the Astro City cabinet.  The price is $130 on Amazon and it’s expected to ship in December of this year.  There’s also a control pad that will sell for around $30 as well. The design looks similar to the Neo Geo […]