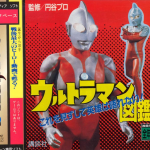 ROMhacker YZB has released another Sega Saturn hack, following up their recent release of the Castlevania: Symphony of the Night 4MB RAM Cart Hack. This one is for Ultraman [Ultraman: Hikari no Kyojin Densetsu], a 2D fighter that is one of two Saturn titles requiring its own proprietary RAM cart, along with King of Fighters […]