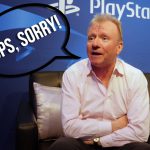 Sony has just officially announced that after the public backlash regarding the closure of their online stores, they’ve reversed their decision:  While the PSP store will still close on July 2nd of this year as planned, they’ll be keeping both the PS3 and PS Vita stores open.  No specific end date was mentioned, but I get […]