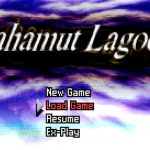 Bahamut Lagoon, a Squaresoft RPG released late in the life of the SNES, has just received a new fan translation in anticipation of its twenty-fifth anniversary. Released for the Japanese market in February 1996—well after the launch of the first Playstation—Bahamut Lagoon was never officially localized for the international market but has none the less garnered […]