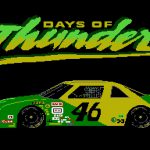 An unreleased NES game based on the movie Days Of Thunder was just re-created and released.  This was accomplished by reconstructing data found across several 5.25″ floppy disks.  Making things even more complicated was the fact that the information on these 21 disks were backups of 4 separate hard drive partitions, in a proprietary format […]