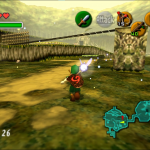 On the 3rd of June, Twitter user Dario revealed that his path tracing renderer that powered his ray tracing mod for Mario 64 (which was covered here in the past) named RT64 is being turned into a graphics plugin for N64 emulators. As you can see in the tweet above, he released a demo video […]