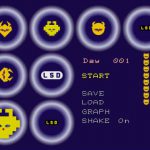 An English fan-translation has been released for experimental cult-classic “LSD: Dream Emulator”. Originally sold in 1998 for the Playstation, LSD has remained a Japanese exclusive even after its re-release on the Playstation Network in 2010. A bizarre curio for collectors and importers, LSD could be described broadly as an early entry in the “Walking Simulator” […]