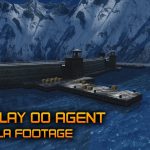 On January 29th, the YouTube Channel Graslu00 uploaded a full longplay of the canceled 360 port of Rare’s GoldenEye 007. Planned to be released sometime in 2007 for the Xbox 360 this port was canceled because they couldn’t get permission from Eon Productions Ltd. who are owners of the James Bond franchise to release it. […]