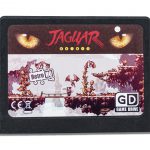 James from RetroHQ has recently released a new firmware for the JagGD ROM cart.  While there’s a few new options (listed below), I think the most interesting ones are the homebrew API and ability to lock a homebrew game to a specific JagGD cart, as this could potentially open the doors for some interesting releases […]