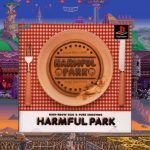 Developer Hiltop has just released an English translation patch for the PlayStation side scrolling shoot ’em up, Harmful Park. Often grouped with other 90s cute ’em up games such as Keio Flying Squadron and the Parodius series, Hamrful Park came out in 1997 but never saw release outside of Japan. The game features full English […]