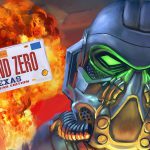 On March 23rd, developer Screaming Villains released Ground Zero Texas Nuclear Edition for the PS4 and PC via Steam. What this is is a remaster of a Sega CD game released in 1993 by Digital Pictures. The game is set in El Cadron, a small town in the state of Texas where people have been […]