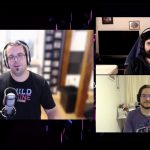 Last week Sega released the “Golden Axed” prototype on Steam, available for free addition to your Steam catalogue for only 2 days (and can be kept after that indefinitely). Digital Foundry’s John Linneman live streamed a play through of the title, while he chatted to the developers, Sanatana Mishra and Tim Dawson, about some […]