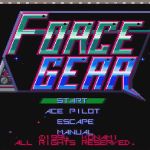 The Turbografx and Coregrafx Mini consoles may have been delayed, but PC Engine Mini orders placed before March 5th on Amazon Japan have arrived at many people’s homes. As time have passed, users have discovered that there are hidden alternate versions of games that can be accessed by holding down the “select” button on the […]