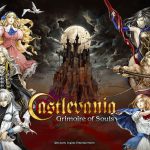 A brand new side-scrolling Castlevania game was just (re?)released called “Grimoire of Souls”.  It’s a modern 2D platformer/Metroidvania that was previously available in 2019 on smartphones via iOS and Android, but was removed from the stores about a year later.  It’s now back and available exclusively on Apple Arcade.  Also, tvOS and Mac’s seem to […]