A Remake of Myst Has Recently Been Released 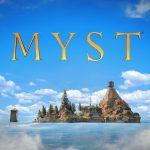 On December 10th, 2020, Cyan released a new remake of the classic 1993 adventure game Myst exclusively for the Oculus Quest platform. So why am I writing about it now? Because on August 26th, 2021, the game was released on PC with optional VR support through Steam, Epic Games Store, GOG.com, and Xbox Game […]