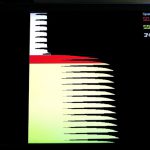 Alan Robinson, the same person who posted the DIY Raspberry Pi lag test project has started work on an updated “high end” version that doesn’t require the use of a camera.  The original version was software that lit the Pi’s LED at the same time that it sent a signal to your TV, allowing a […]