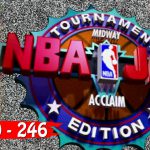 PandaMonium Reviews Every U.S. Saturn Game has just released a near two-hour long documentary about NBA Jam.  The documentary was from the perspective of Sega Saturn fans, but it’s a fair and great way to experience the entire NBA Jam story, including history, console port differences and interviews with the original developers! Support the documentary […]