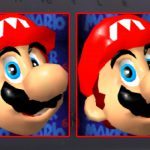 Mike Chi has just released a new feature for the RetroTINK 5x that was previously thought to be impossible:  A smoothing filter!  This is great news, as the RT2x line of products had a smoothing filter that (in my opinion) really improved the early 3D graphics of PS1, Saturn and especially N64 games.  Many people […] 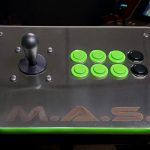 It was recently announced that Scanline City, creator of those awesome metal arcade board cases, will soon be selling officially licensed MAS arcade sticks.  While many people in the fighting game scene have migrated to using Japanese-style, Sanwa-based arcade sticks, there are still lots of people who prefer the American-style controls, which MAS did a […]