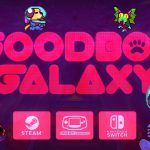 A campaign for a brand new Game Boy Advance game called Good Boy Galaxy has just been funded on Kickstarter; The first new retail GBA game in over ten years.  The game is an “exploration platformer” and will release digitally on Steam and the Nintendo Switch around December of 2022, with physical versions on the […]