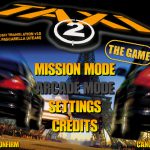 “Taxi II – The Game” was a French Dreamcast exclusive, based on the fun action comedy movie of the same name*.  As with many video game adaptations of movies, the game was poorly received and is generally regarded as a bad racing game, that’s definitely not the quality you’d expect from an Ubisoft release. Even […] 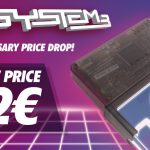 To commemorate the Super System SD 3‘s third anniversary, Terraonion decided to permanently drop the price of their PC-Engine multi-function device. Promoted as the be-all end-all add-on for most non-Duo PC Engine/TurboGrafx systems, the SSDS3 is a rom-cart, ODE and video-out board all-in-one FPGA-based PCB that plugs right into the expansion port at the back […]