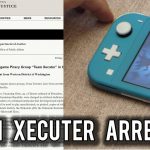 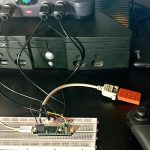 Hackaday reports on an open source project from developer Ryzee119 that uses a Teensy board and allows a variety of USB controllers to work on a Nintendo 64 console. https://hackaday.com/2020/09/29/new-controllers-on-old-nintendos-with-usb64/ The project allows for virtual Rumblepak and Memorypak storage, and even allows uploading of data like ROMs for emulators via the tool. So far the […]